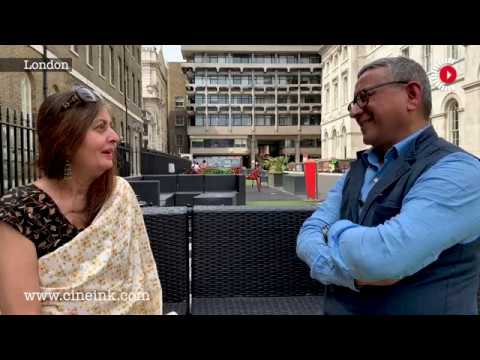 Based in Delhi, Humra Quraishi has written a number of books. Her features and interviews appear in the Times of India, the Hindustan Times, the Indian Express, the Statesman, Pioneer, Tehelka and Tribune.

Her books include Kashmir: The Untold Story; a volume of her collective writings, Views: Yours and Mine; a short-story collection, More Bad Time Tales and Meer: A Novel. She has co-authored The Good, The Bad and The Ridiculous: Profiles, Absolute Khushwant and a series of writings with the late Khushwant Singh. She has also contributed to the anthologies, Chasing the Good Life: On Being Single and Of Mothers and Others.

Absolute Khushwant: It is is partially an autobiography and a biography since it has been authored by Khushwant Singh himself and Humra Quraishi. The book is a pen picture of the most controversial yet most loveable authors of the country who left many faces with smiles and yet many others with big question marks. In other words, Khushwant Singh was a humorous as well as a cynical writer of the twenty first century. Absolute Khushwant covers his life since his birth in 1915 in the pre-partitioned Punjab thereby making him a witness of the various political, economic and social changes that the nation had undergone prior to independence and thereafter.

The book was published by Penguin India in 2010 and is easily available in paperback.

The Cine Ink interview with Humra Quraishi was recorded on 1 June, 2019, as a part of Cine Ink’s coverage of the Khushwant Singh Literary Festival at King’s College in London.