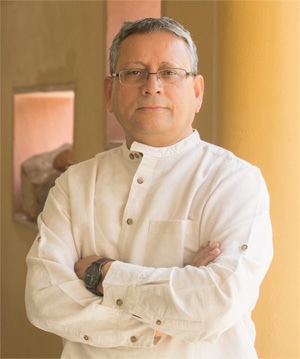 Follow @pervaizalam
Podcaster and Director of Cine Ink Ltd UK, Pervaiz Alam has been working in the Broadcast industry for more than 30 years.


Before joining BBC World, he worked as a senior producer of news and current affairs in the BBC Hindi Service at Bush House in London. He reported and produced programmes from Budapest, Prague, Berlin, Dubai, Amman and Jerusalem. He has extensively covered several general elections in India from various states. He has also interviewed some of the top politicians from India and Pakistan such as former prime ministers, Chandra Shekhar, Narsimha Rao, Inder Kumar Gujral and Benazir Bhutto.

He also produced special programmes based on his exclusive interviews with musicians such as Pandit Ravi Shankar, Lata Mangeshkar, Mehdi Hasan, Ghulam Ali and Abida Perveen.

In 2010, he directed and produced Life Gulmohar Style, a series of 156 radio plays based on gender sensitisation for the BBC ACTION AID. The series was broadcast by more than 20 FM Radio Stations in India.

Pervaiz Alam started his broadcasting career with All India Radio as a Programme Executive in New Delhi where he won several National Awards awards for producing acclaimed radio documentaries.

Director of more than 20 radio plays at the BBC Hindi Service, Pervaiz Alam has written two stage plays, SAFAR & ZAHOOR KA HOTAL. SAFAR was performed at Linbury Theatre, Westend London and in other British cities, including Edinburgh and Birmingham.

In 2020, he took up an assignment at one of the largest media houses, Aajtak, India Today, as a Special Consultant where he was involved in a successful launch of Aajtak Digital Radio. 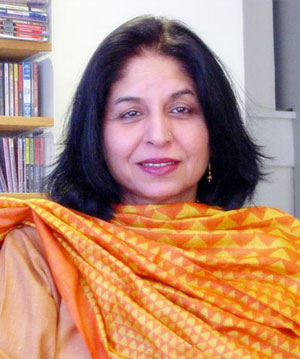 Cine Ink’s Co Director, Achala Sharma presents a fortnightly Podcast Series of books in Hindi ‘Kitaab Kaulum’ where she discusses a book with its author.

BBC Hindi Head
She worked with the BBC Hindi Service in London as producer, senior producer and deputy head for about 13 years and then she went on to become the Head of the service for another 11 years. Her career as a broadcaster spans over three decades. During this period she worked with BBC World Service in London, Voice of America in Washington DC and All India Radio in New Delhi.

Published Books
A graduate of Lady Shriram College with PhD in Hindi literature from the Delhi University, she has authored and published three collections of short stories- Bardasht Bahar, Sookha Hua Samudra, Madhyanatar- and two volumes of radio plays- Jaren and Passport- aired, earlier, by the BBC. She has also edited a book on New Age of Mass Communication and Hindi.

All India Radio
At the All India Radio, Achala Sharma supervised the national broadcasts such as the President’s and Prime Minister’s national address and running commentaries on India’s Independence and Republic days. She travelled with late PM Rajiv Gandhi’s entourage to his official visit to the USA and filed daily reports for national programmes on AIR.

Top Radio Award
In her early years at the BBC, Achala Sharma established herself as a successful broadcaster of news and current affairs. As a producer and presenter, she won a major international award ABU for her radio programme ‘Rajiv Assassinated’.

In her role as the head of the Service, she managed a team of about 40 producers and correspondents spread all over the South Asia region and in London. She was honoured for her contribution in Hindi broadcasting by the government of India at the 7th World Hindi Conference held in Surinam. Based in London, Achala has also been the Secretary of the Indian Journalists’ Association in the UK and Europe.