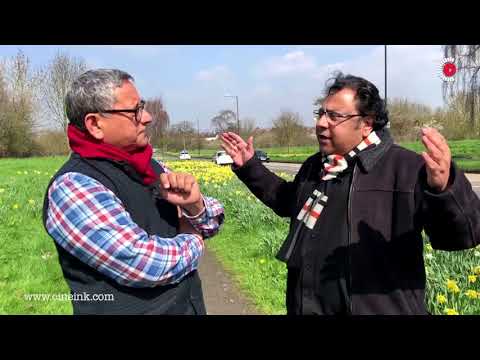 Salman Asif is a British South Asian author, film critic, journalist-broadcaster and Expert in Development and Human Rights. Based in Islamabad, he has served as Advisor at the United Nations on Gender Equality, Women’s Empowerment and Culture.

In 2017, the World Economic Forum placed Pakistan as globally the second worst country on gender equality in its Global Gender Gap index, being 143rd out of 144 countries – the worst in the South Asian region – in addition to issues of pervasive exclusion of women and girls, along with high rates of violence against them.

While on the other hand, in terms of women’s empowerment and creative expression, Pakistan is a land of astounding and extreme paradoxes. On the one hand, its socio-political history is marked by empowered, dynamic women propelling themselves to some of the highest public and decision making fora, and fearless rights activists/literary figures of international stature and acclaim, such as Benazir Bhutto, Asma Jehangir, Hina Jilani, Fehmida Riaz, Kishwar Nahid, Fatima Bhutto, Sharmin Obaid Chinnoy, Malala Yousafzai, Sabin Mahmud– just to name a few – challenging the status quo and non-democratic forces.

Pervaiz Alam speaks with Salman Asif to demystify this paradox – paying a shared tribute to the power of resilience, undeterred activism and valiant journeys of individuals and communities claiming rights, against daunting odds.

The interview was recorded in London on Saturday, 14 April 2018.