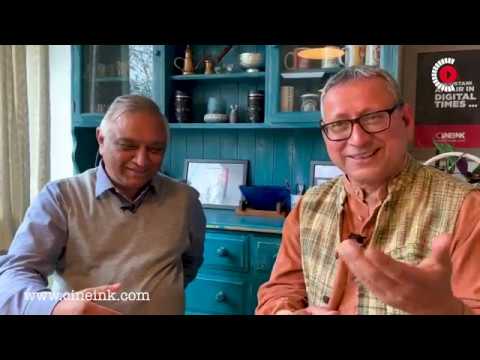 Nehru was hugely influenced by America than the USSR

This is academic but fascinatingly engaging, as Atul Bhardwaj challenges the myth that India’s first PM Jawahar Lal Nehru was closer to the USSR/communism/socialism than the US. In fact, he reveals in his path-breaking book ‘India-America Relations (1942-1962): Rooted in the Liberal International Order’ that Nehru as a statesman in his formative years was heavily influenced by the American way of thinking and governance.

Americans came to India in 1942 with more than 200,000 troops and OSS, their intelligence outfit.

Atul Bhardwaj in conversation with Pervaiz Alam reveals how the Americans smuggled Nehru’s sister, Vijaya Lakshmi Pandit, out of India and flew her to the USA in a special plane, secretly. Earlier, Mrs Pandit’s passport had been confiscated by the Britishers. In the USA, she was hosted at the White House by Mrs Franklin Roosevelt.

Dr. Atul Bhardwaj is an Honorary Research Fellow at City, University of London. He is a PhD in History from Ambedkar University, Delhi and Masters in War Studies from King’s College, London.

The book: ‘India-America Relations (1942-1962): Rooted in the Liberal International Order’ has been published by the British publishers, Routledge, and is available at a price of 115 GBP.

The book challenges the myth that Soviet Union was Nehru’s Chief ideological mentor. Atul argues that Nehru’s favourite projects, Five-yer Plans, Village development schemes and big dams, “temples of modern India” drew inspiration from America. America had the first mover advantage in India, they were invited by the British to come to India during the second world war. And the Americans came to India in 1942 with more than 200,000 troops and OSS, their intelligence outfit. The cordiality between India and Soviet Union began only after Stalin’s death in 1953 and when a general thaw in Cold War had been initiated by Khrushchev.

Atul argues that 1957-1962 was the golden period in Indo-US relations when the Indian establishment and its political elite were fully aligned with America to help achieve its objectives vis-a-vis China.