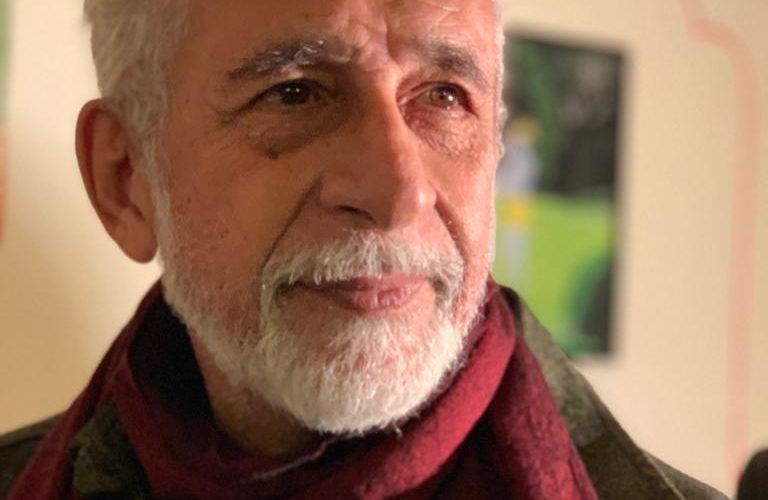 One of India’s most versatile actors, Naseeruddin Shah, was to speak at the Ajmer Literature Festival on 21 December 2018, but before he could reach the venue, a mob of protesters from the BJP-Youth wing disrupted the proceedings.

The protesters threatened organisers of dire consequences, forcing them to cancel the Shah event.

The right-wing group was protesting against Shah’s remarks on the rise in incidents of mob lynching across the country.

“There is complete impunity for those who take the law into their own hands. The poison has already spread and it is difficult to put this jinn back into the bottle,” Shah had said during an interview earlier.

Firmly believing that art and literature are beyond politics, but conscious of security concerns, the organisers and Naseeruddin Shah decided to hold the session at an undisclosed location, near Ajmer.

Pervaiz Alam and Achala Sharma of the Cine Ink, two of the participants at the Ajmer Literature Festival, were given exclusive access to attend and cover the ‘Naseeruddin Shah in conversation with Saif Mahmood’. It was a make-shift event organised at the last minute.

Cine Ink can confirm that the event attended by organisers, volunteers and a few prominent invitees, was held at Regenta Resort Pushkar Fort in Pushkar, near Ajmer, at about 8 pm. The guests were asked not to transmit anything live from the session, fearing reprisals from the protesters. Though, it turned out to be the most innocent conversation.

Lawyer and author, Saif Mahmood spoke to Naseeruddin Shah and his wife Ratna Pathak Shah for an hour before a select audience. Literature won the day.

Cine Ink was the only media organisation allowed to film the event due to security concerns.

The conversation with Naseeruddin Shah revolved around Shah’s auto-biographical memoir of his early years. Emotionally charged Shah also responded to the controversy over his remarks made earlier.

The memoir entitled ‘Aur Phir Ek Din’, the Hindi version of ‘And Then One Day’, was also launched at the same event.

About the book: Shah’s sparkling memoir of his early years, ‘from zero to thirty-two’, spans his extraordinary journey from a feudal hamlet near Meerut, to Catholic schools in Nainital and Ajmer and finally to stage and film stardom in Mumbai.

Along the way, he recounts his passages through Aligarh University, the National School of Drama and the Film and Television Institute of India, where his luck finally began to change. And Then One Day tells a compelling tale, written with rare honesty and consummate elegance, leavened with tongue in cheek humour.

There are moving portraits of family members, darkly funny accounts of his school days and vivid cameos of directors and actors he has worked with, among them Ebrahim Alkazi, Shyam Bengal, Girish Karnad, Om Puri and Shabana Azmi.

The accounts of his struggle to earn a living through acting, his experiments with the craft, his love affairs, his early marriage, his successes and failures are narrated with remarkable frankness and objective self-assessment. Brimming with delightful anecdotes as well as poignant, often painful revelations, this book is a tour de force, destined to become a classic of the genre.

Courtesy: Thanks to Naseeruddin Shah and Ratna Pathak Shah for making the recording possible. Cine Ink is grateful to Ras Bihari Gaur and his team of organisers at the 5th Ajmer Literature Festival and Rajendra Singh Rathore, CEO, Pushkar Fort Hotel, for facilitating our filming.

All Copyrights are with Cine Ink Limited UK.