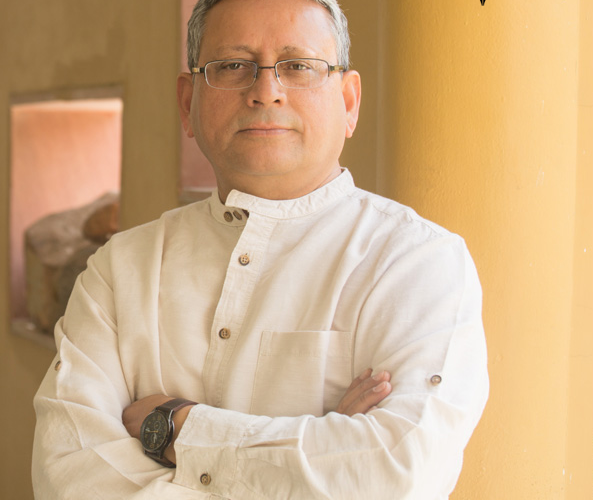 London. 5 January, 2018. A new website- Cine Ink- with an emphasis on social media, offering quality radio and television programmes in Hindi and Urdu, has been launched by eminent broadcasters in London.

“At CineInk.Com, we are committed to streaming enlightening radio and television programming in simple Hindi, Urdu or shall we say ‘Hindustani’ language. However, there will be programmes in English as well, most of them to be presented and produced by some of the best-known broadcasters of international eminence,” said Pervaiz Alam, founder-director of Cine Ink, who worked for BBC Radio & Television in London.

Cine Ink will enable interaction with politicians, ideaologues and activists from various fields, representing all shades of opinions, according to a press release.

It adds; Being a startup in the digital space, Cine Ink makes 360-degree use of social media and will keep experimenting with the available delivery platforms such as Facebook, Youtube, Twitter, Instagram, and others. Follow us everywhere and let’s start a Hindustani Affair in Digital Times.

“Based in the UK, we are better placed to access the entire South Asian diaspora talent and talk about issues that might be considered too controversial to be discussed in the conventional media space,” Alam said.

Note for Editors: Why Hindi & Urdu: India’s internet users have more faith in content that’s not in English. A recent study by management consultancy KPMG India and search giant Google says that nearly 70% of Indians consider local language digital content more reliable than English content. Of all the internet-using native speakers of an Indian language, most prefer Hindi, the co-official language of the Indian union along with English. By 2021, an expected 201 million Hindi users—38% of the Indian internet user base—will be online, according to the KPMG-Google study.

Why London: London is home away from home. More than 3 million people of the South Asian origin live and thrive in the UK. As London population surges to all-time high of 8.8m, about 41% of Londoners are black, Asians and of other ethnic groups.

The other Director of Cine Ink is a renowned broadcaster and Hindi author, Achala Sharma, who earlier worked with the BBC Hindi Service in London as senior producer and deputy head for about 13 years and then she went on to become the Head of the service for another 11 years.

Her career as a broadcaster spans over three decades. During this period she worked with BBC World Service in London, Voice of America in Washington DC and All India Radio in New Delhi.