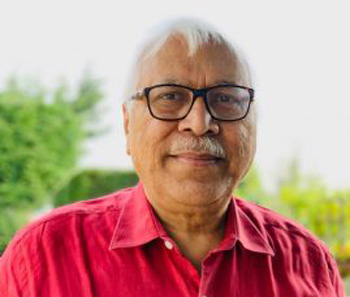 EXCLUSIVE: Former CEC SY Quraishi tells Cine Ink “The IAS officer was within his rights to inspect the PM’s helicopter. No body is above the law including the  PM.” 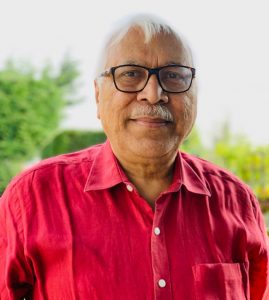 “The election commission of India (ECI) first told Supreme Court that it is powerless and toothless and when asked exactly what powers it has, it suddenly remembered the powers it had, always. In fact, it used these powers very effectively against some top leaders. It took very strong and effective action, banning them from canvassing.  This action of stopping candidates from canvassing for two to three days should not be underestimated. It’s a big punishment,” says S.Y. Quraishi, former Chief Election Commissioner of India (CEC), in an exclusive interview with Pervaiz Alam from the Cine Ink, a digital hub of current affairs programmes, based in London.

Former CEC, S.Y. Quraishi said: “I think the government has its share of the blame  as far as the  current situation is concerned. Both the government and PM took an oath to uphold the constitution and to support the constitutional institutions. Now, almost every day, the institutions are tested and put on trial to see whether they have a backbone. They are being humiliated. This is atrocious.”

Commenting on the role of the current govt, Mr. Quraishi said, “It’s a pity that, instead of protecting the ECI from various pressures, the govt itself is posing a challenge to the commission.”

S.Y. Quraishi was also asked about an incident involving an IAS officer on poll duty. The officer was suspended for checking PM Narendra Modi’s chopper in Odisha by an official of the ECI.

“Media and other experts have already reported that the ECI rules didn’t say any thing against the search of a helicopter. I think, this was a golden opportunity for the ECI to go salvage its reputation. If they had not suspended the officer, the message would have gone that the ECI did not spare even the Prime Minister. This would have been good both for ECI and the PM,” said the former CEC.

Mr. Quraishi added: “The IAS officer was within his rights to inspect the PM’s helicopter. No body is above the law including the  PM, since he is also a candidate in the election. It is  meant to be a level playing field for all, and all leaders should be treated with equality.”

On being asked, what action he would have taken if he had been the CEC, Mr. Quraishi said: “I would probably not have interfered in the matter. I  would have allowed the inspection.”

In conversation with SY Quraishi was recorded in London on 22 April 2019. The programme lasts about 40 minutes but is released in two versions; shorter and longer version.

S.Y. Quraishi joined the Indian Administrative Service in 1971 and rose to become the seventeenth chief election commissioner of India. He was featured in the Indian Express’ list of 100 Most Powerful Indians of 2011 and 2012.

He introduced a number of electoral reforms, such as the creation of a voter education division, expenditure monitoring division, the India International Institute of Democracy and Election Management, and launched the National Voters Day. In October 2017, alongside Kofi Annan, he was appointed the ambassador of democracy by International IDEA (Institute of Democracy and Electoral Assistance), Stockholm.

He is the author of An Undocumented Wonder: The Making of the Great Indian Election (Rupa)  Recently, he has edited a book entitled: The Great March of Democracy: Seven Decades of India’s Elections, published by Penguin.